The streets and the villages of Rwanda are already full to cycling fans and everyone is expecting a show, notably thanks to the presence of the 12th Tour du Rwanda best climbers of African against other professionals riders from all over the world.

Rwandan riders Joseph Areruya, Samuel Mugisha, Moise Mugisha, Didier Munyaneza, among others, are confident of surprising and be able to stay masters in their own house. They want to regain their leadership when they won the Tour du Rwanda five consecutive times from 2014-2018.

As every year since the Tour du Rwanda was created in 2009, the organizers have everything measured. It has an spectacular and unbeatable route, with 34 climbs for a 17.025 meters high difference.
In its 12th edition as an international race, the Tour du Rwanda will celebrate tomorrow the second experience in the top flight of the African calendar, as race 2.1 category of the UCI  and presents now itself as the best race in Africa with the Gabonese Tropicale Amissa Bongo.

Although every day is important, there are three stages that can mark the final result of this Tour du Rwanda 2020: stage four from Rusizi to Rubavu with 8 climbs over 206,3 kilometres, stage seven with 4,5-kilometers time trial on the famous Wall of Kigali, and the last day on the hills of Kigali with 7 climbs as the showstopper of the week. 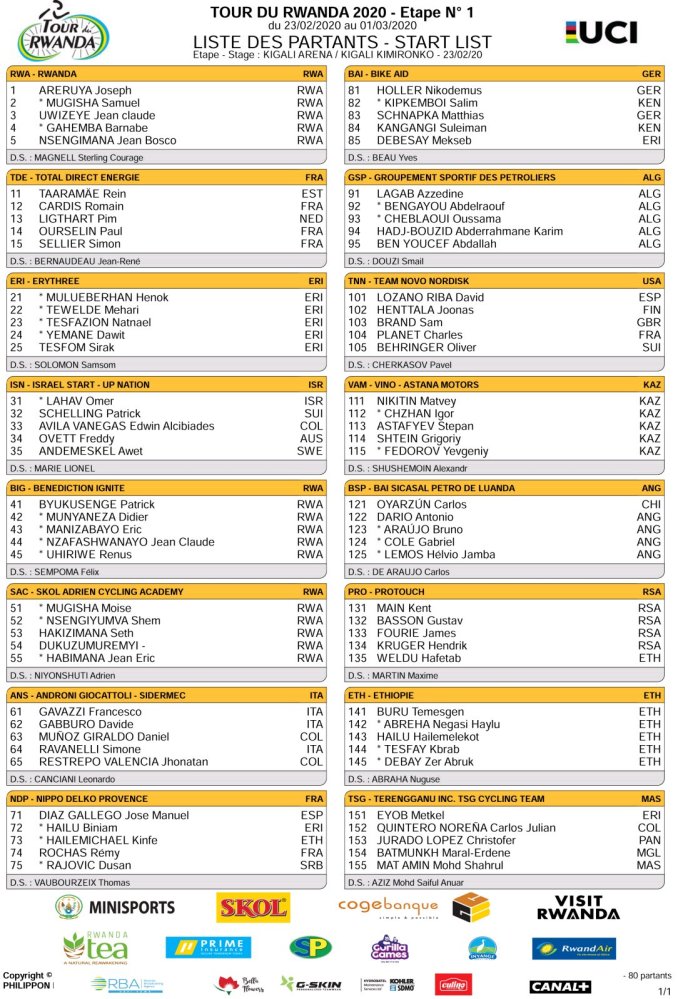 The Tour du Rwanda on television